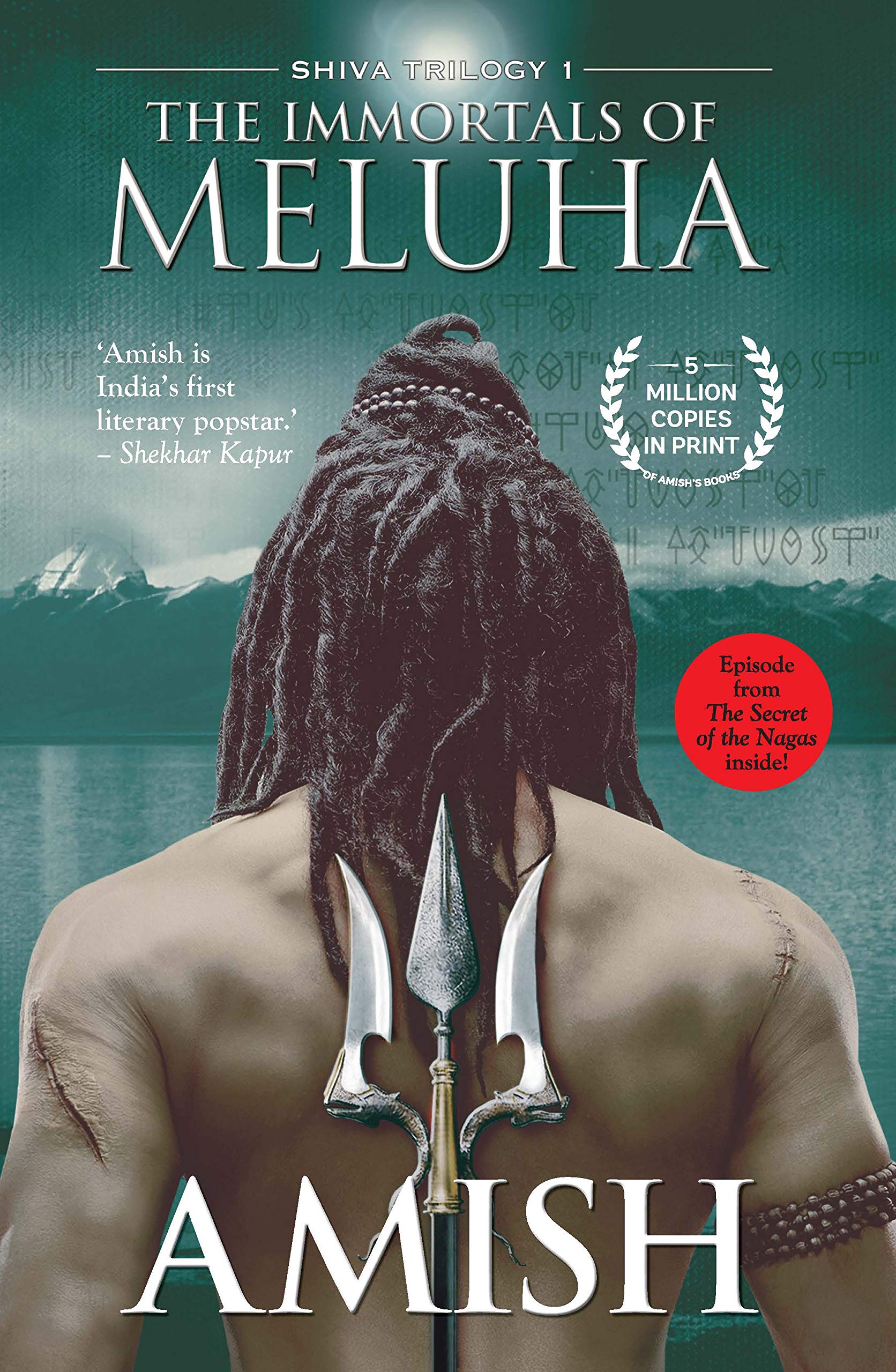 1900 BC. In what modern Indians mistakenly call the Indus Valley Civilisation.

The inhabitants of that period called it the land of Meluha – a near perfect empire created many centuries earlier by Lord Ram, one of the greatest monarchs that ever lived.

This once proud empire and its Suryavanshi rulers face severe perils as its primary river, the revered Saraswati, is slowly drying to extinction. They also face devastating terrorist attacks from the east, the land of the Chandravanshis. To make matters worse, the Chandravanshis appear to have allied with the Nagas, an ostracised and sinister race of deformed humans with astonishing martial skills.

The only hope for the Suryavanshis is an ancient legend: ‘When evil reaches epic proportions, when all seems lost, when it appears that your enemies have triumphed, a hero will emerge.’

Is the rough-hewn Tibetan immigrant Shiva, really that hero?

And does he want to be that hero at all?

Drawn suddenly to his destiny, by duty as well as by love, will Shiva lead the Suryavanshi vengeance and destroy evil?

This is the first book in a trilogy on Shiva, the simple man whose karma re-cast him as our Mahadev, the God of Gods.

Today, Shiva is a god. But four thousand years ago, he was just a man. 1900 BC: the once-proud Suryavanshi rulers of the Meluha Empire are in dire peril. The empire’s primary river, the Saraswati, is slowly drying up. There are devastating terrorist attacks from the east, the land of the Chandravanshis – and to make matters worse, the Chandravanshis appears to have allied with the Nagas, an ostracised race of deformed humans with astonishing martial skills. The only hope for the Suryavanshis is an ancient prophecy: when evil reaches epic proportions and all seems lost, a hero will emerge…