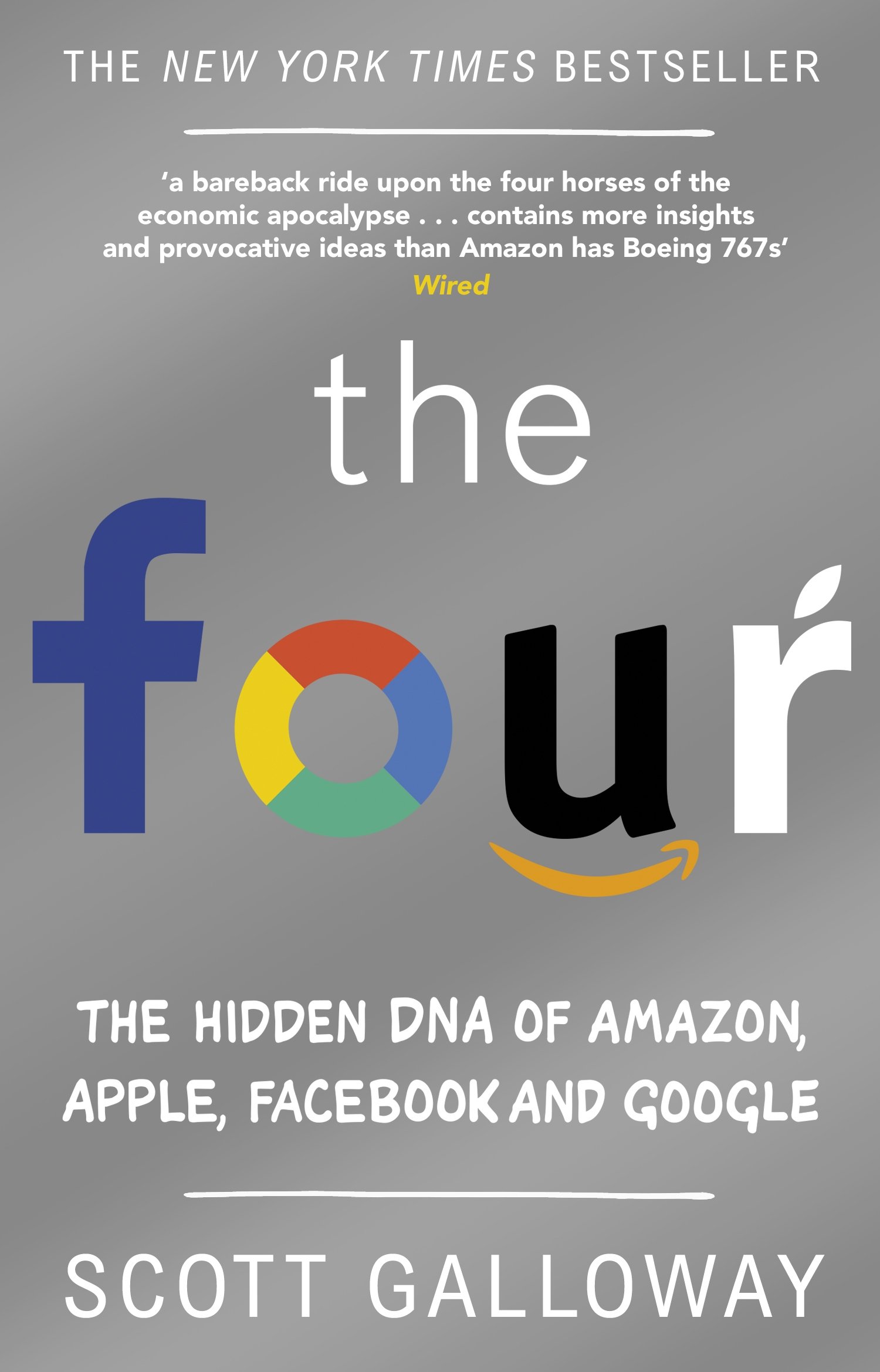 For all that’s been written about the Four over the last two decades, no one has captured their power and staggering success as insightfully as Scott Galloway.

Instead of buying the myths these companies broadcast, Galloway asks fundamental questions:
– How did the Four infiltrate our lives so completely that they’re almost impossible to avoid (or boycott)?
– Why does the stock market forgive them for sins that would destroy other firms?
– And as they race to become the world’s first trillion-dollar company, can anyone challenge them?

In the same irreverent style that has made him one of the world’s most celebrated business professors, Galloway deconstructs the strategies of the Four that lurk beneath their shiny veneers. He shows how they manipulate the fundamental emotional needs that have driven us since our ancestors lived in caves, at a speed and scope others can’t match. And he reveals how you can apply the lessons of their ascent to your own business or career.

Whether you want to compete with them, do business with them, or simply live in the world they dominate, you need to understand the Four.

The Four is a fantastic, provocative book about where we are now and where we are going. — Phil Simon, Huffington Post

Well argued and accessible… refreshingly clear-eyed — Brad Stone, author of The Everything Store

This analysis of the rise of Amazon, Apple, Faceboook and Google stands out because it adds significantly to the tide of criticism currently sweeping over Silicon Valley — Tristan Quinn, Times Literary Supplement

When it comes to the digital age, Scott Galloway is Christopher Hitchens with an MBA, namely a brainy and fearless provocateur — James Warren, Vanity Fair

A big help in understanding how so many of us have come to completely rely on these tech giants ― and what the future holds for other, less powerful companies., Business Insider, Best Business Books of 2017

Scott is a genius at engaging an audience in an intelligent, thoughtful, sometimes snarky and often humorous manner — Joanne Tombrakos, Huffington Post

Scott Galloway is honest, outrageous and provocative. This book will trigger your flight-or-fight nervous system like no other and in doing so challenge you to truly think differently. — Calvin McDonald, CEO of Sephora

This is that rare book that not only informs but entertains. You’ll never look at these four companies in the same way again — Jonah Berger, author of Contagious and Invisible Influence