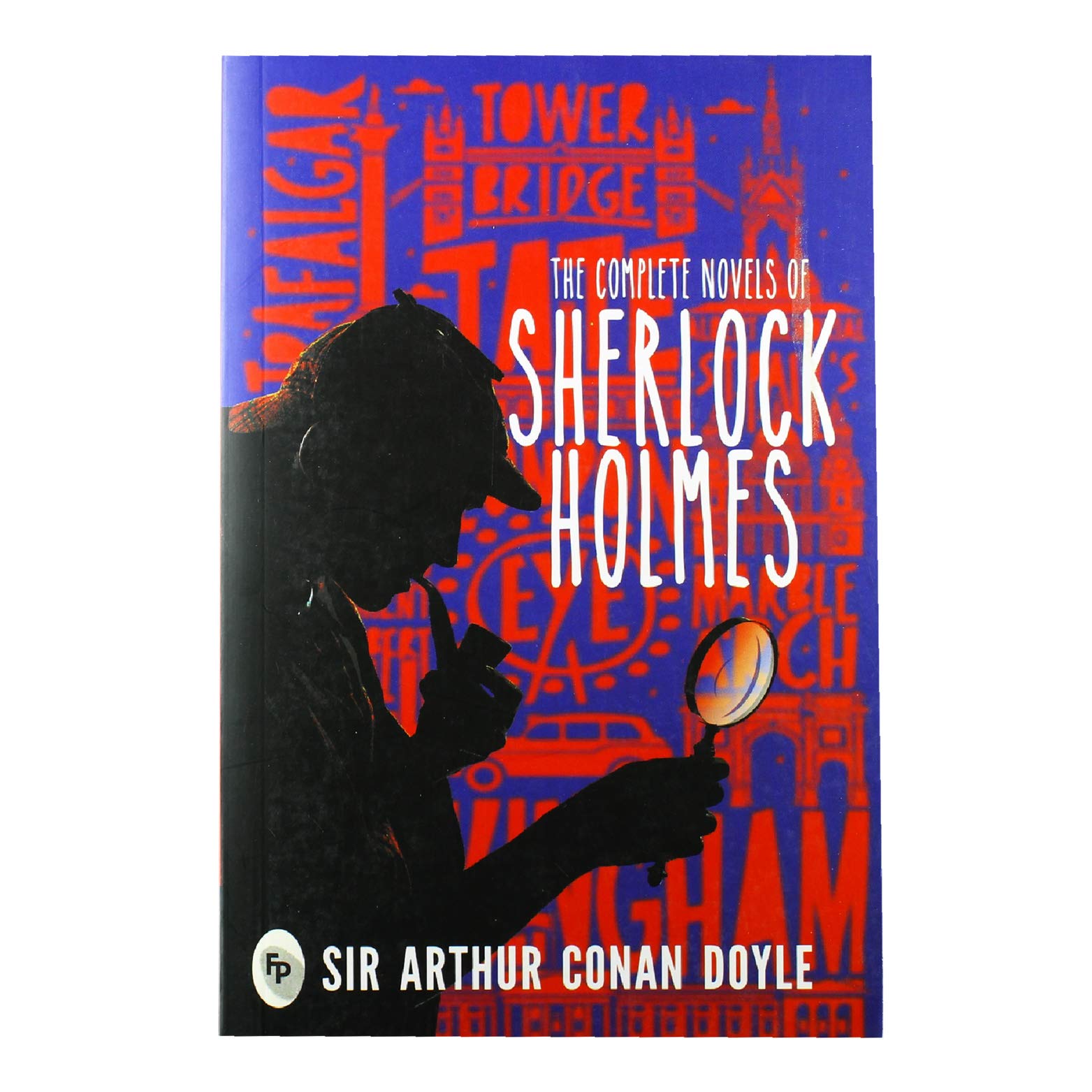 “There’s the scarlet thread of murder running through the colourless skein of life and our duty is to unravel it and isolate it and expose every inch of it.”Sherlock Holmes Consulting Detective 221B Baker Street London.
This is where begins a historical partnership between Dr. Watson—the archetypal gentleman from the Victorian era—and the eccentric, legendary sleuth, Sherlock Holmes. Join them as they gather clues, ranging from bloodstains and footprints to cigarette ash and wedding rings and arrive at unusual and surprising conclusions. This book is a collection of the four novels written by Sir Arthur Conan Doyle: A Study in Scarlet (1887), The Sign of the Four (1890), The Hound of the Baskervilles (1902) and The Valley of Fear (1915). Featuring the timeless detective Sherlock Holmes, these novels have been successfully engrossing readers for more than a century now.

An exceptionally talented storyteller, Sir Arthur Ignatius Conan Doyle was born in Edinburgh, Scotland, in May 1859. Doyle began writing while studying at the University of Edinburgh Medical School, which he joined in 1876. Doyle graduated in 1881 and was employed as a surgeon on the steamer Mayumba on its voyage to the West African coast. Sir Arthur Conan Doyle was most noted for creating the fictional detective Sherlock Holmes and writing stories about him which are generally considered milestones in the field of crime fiction. Pointing out the social injustices, Holmes offers a new and just approach in a world which is unfair. Sherlock Holmes, the most well-known fictional detective, has been listed with Guinness World Records as the “most portrayed movie character” in history.
Doyle died of a heart attack in July 1930, aged seventy-one.