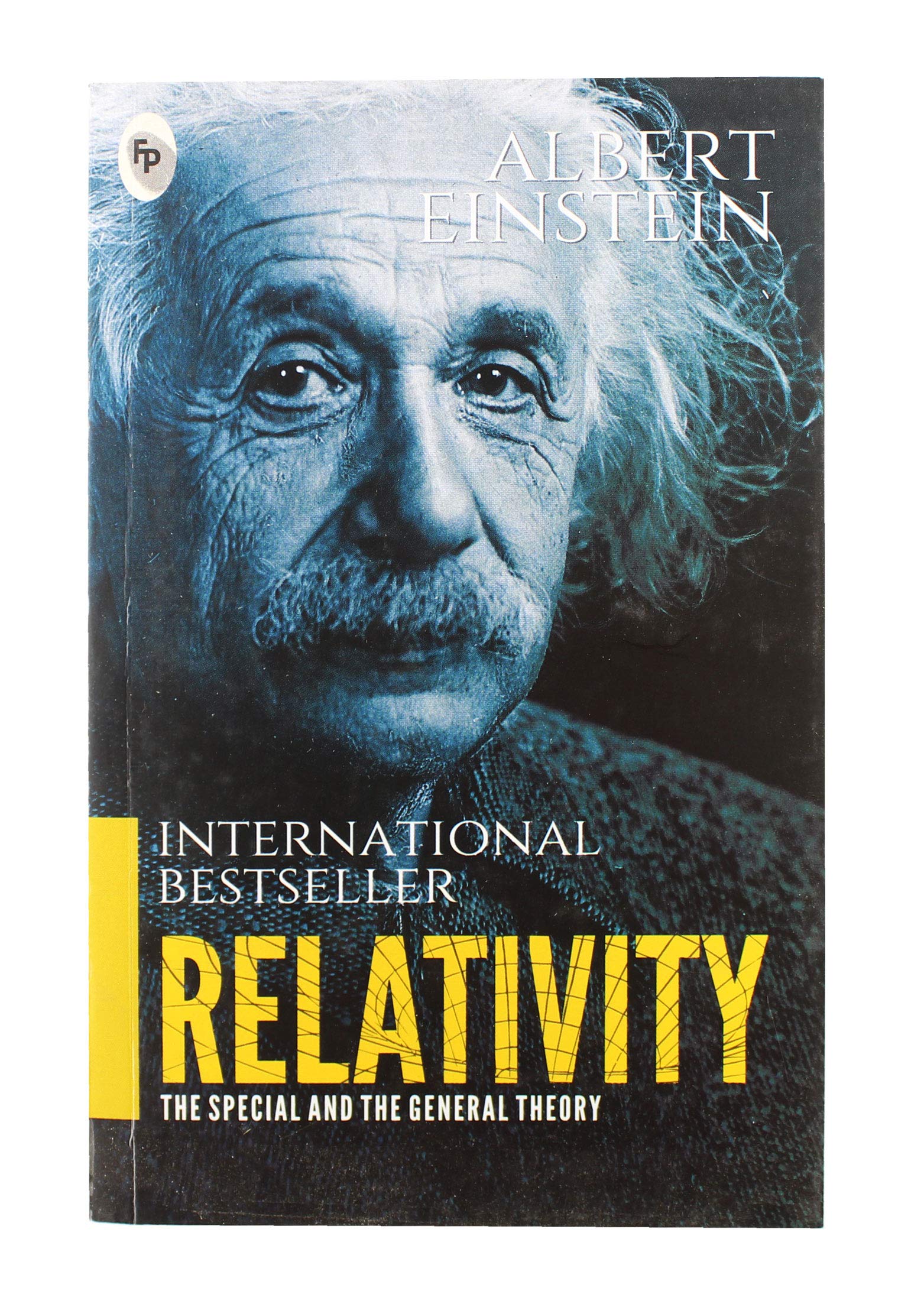 ‘When you are courting a nice girl an hour seems like a second. When you sit on a red-hot cinder a second seems like an hour. That’s relativity.’
Dealing with the theory of relativity—special relativity and general relativity—and the considerations on the universe as a whole, this book gives an insight into the scientific theory about the relationship between space and time, the theory of gravitation and the universe.
A Nobel laureate, Einstein’s research and theories changed the world. First published in 1916, Relativity: The Special and the General Theory is regarded as the most significant work in modern physics. It continues to remain popular and highly influential.

Regarded as the founder of modern physics, Albert Einstein was born in 1879, in Ulm, Kingdom of Württemberg, German Empire. He completed his Ph.D. from the University of Zürich in 1905 and published four papers in the scientific journal named Annalen der Physik. These papers on photoelectric effect, Brownian motion, special relativity and mass-energy equivalence (E = mc2) were significant contributors to the foundation of modern physics. In the next few years, Einstein came to be recognized as a major scientist.
He developed the general theory of relativity between 1907 and 1915. It was published in 1915. In 1916, Einstein published Relativity: The Special and the General Theory in German. Its first English translation was published in 1920. In 1921, Einstein was awarded the Nobel Prize in Physics “for his services to Theoretical Physics and especially for his discovery of the law of the photoelectric effect.” He published numerous scientific and non-scientific works.
Einstein died on 18 April 1955, aged seventy-six, in Princeton, New Jersey.