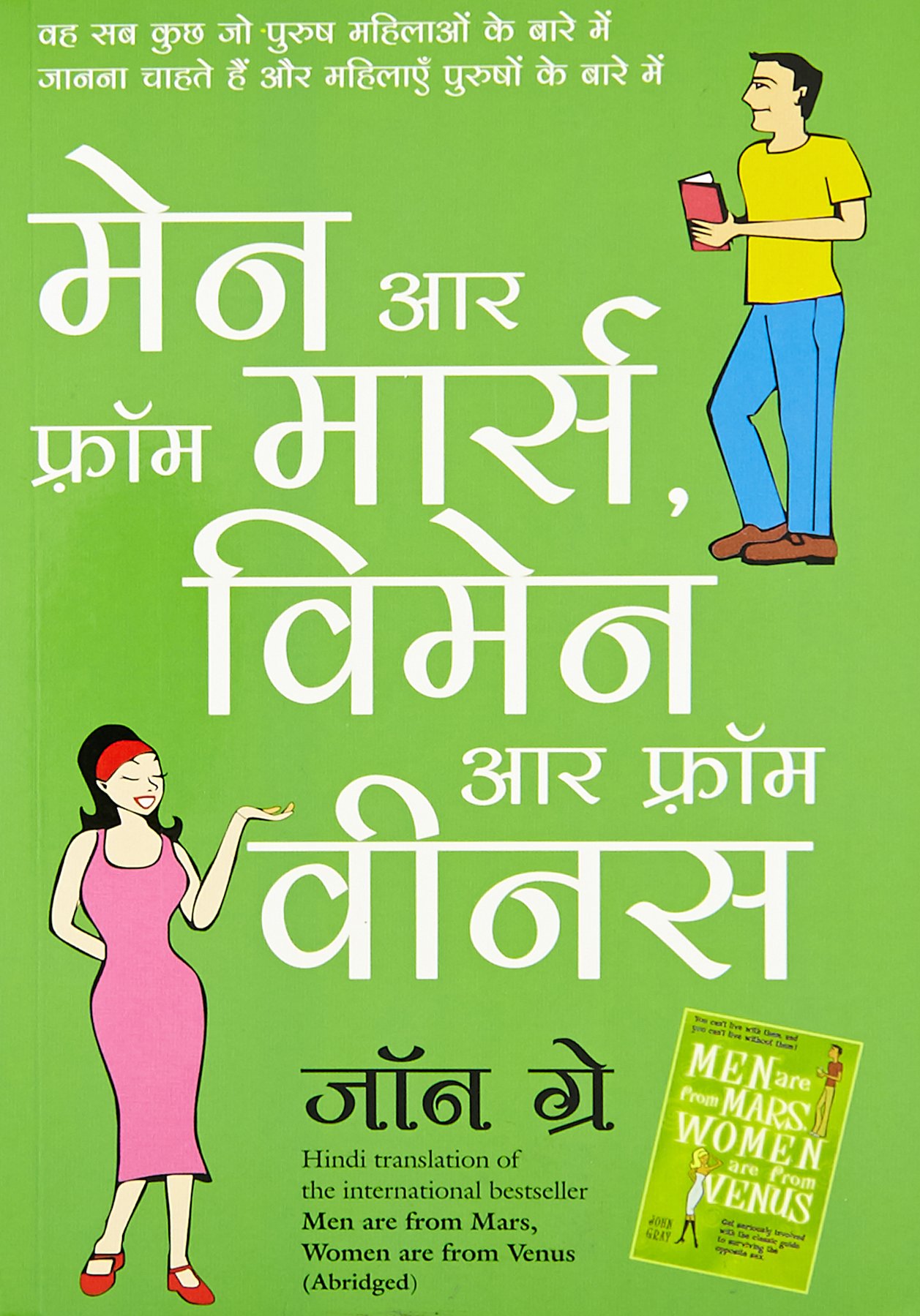 The book Men Are From Mars, Women Are From Venus is one of the well known bestsellers since 1992. This nonfiction books deals with the characteristics of men and women, the relationship between the genders, the various ups and downs of the relationship between the genders, the various moods of the two genders and how the two genders adjust themselves to each other for a successful relationship. It is a wonderful book to understand human nature and the adjustments one needs to make to be in a relationship with the opposite gender.

The books amplifies that the difference between men and women is fundamentally the psychological differences between them. The author uses the metaphor that men and women are from distant planets of mars and venus respectively and thus they are driven by each of their planets’ society, their individual rules and customs and not guided by the other. The book narrates how each gender monitors the give and take in their relationships. Women use point system while men have other methods. How the genders deal with stress situations so differently is given. The book also deals with how the two genders have their natural and instinctive ways of reaction and motion, which when disbalanced due to situations, can bring a complete incompatibility in relationships between them. The book is a beautiful narrative of human nature of the two genders and what it takes to make relationship successful between them.

This book Men Are From Mars, Women Are From Venus was published in language of Hindi in the year 2003 by Manjul Publication. The book is available in paperback.

The book is about men and women’s nature and their relationships.

It has sold 50 million copies and has been translated in to 40 languages.

About the Author
The author of this book is John Gray. He is an American relationship counselor and lecturer. His formative years were spent in Houston, Texas and he acquired his bachelor’s and master’s degree in the Science of Creative Intelligence. He completed PhD through correspondence and received honorary Doctorship. He spent nine years with Maharishi Mahesh Yogi before he began writing. He has written 21 books, this book being the base of them all.