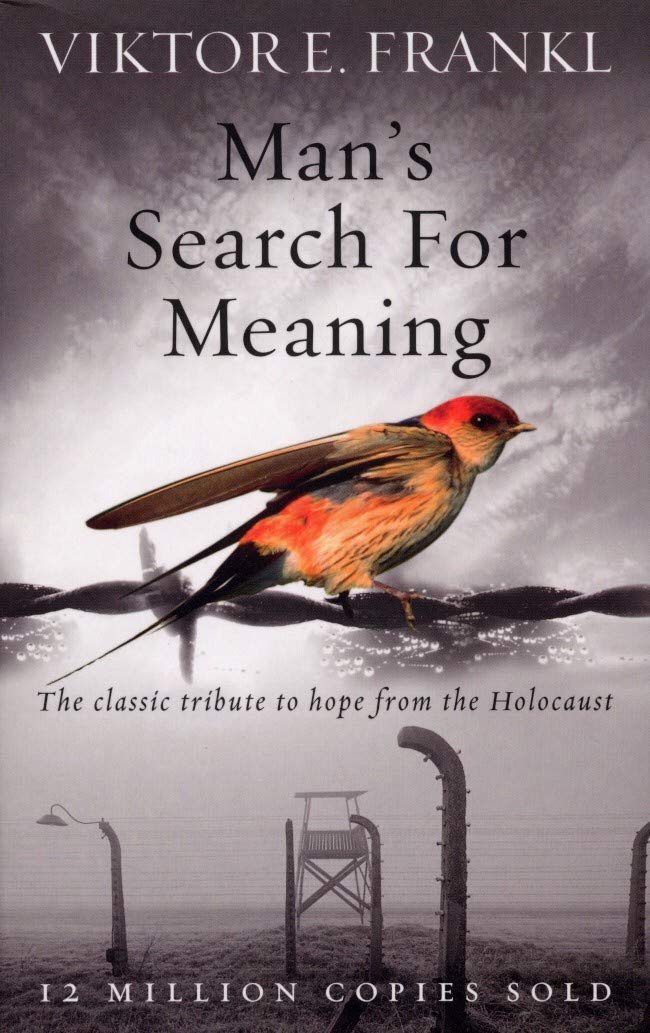 Man’s Search for Meaning was first published in 1946. Victor Frankl was a leading psychologist in Vienna when he was arrested for being a Jew during the Nazi regime. He survived holocaust and used his experiences to write this book. He propounded the theory that it is Man’s constant search for meaning that allows him to survive even the most brutal, the most degrading situations in his life.

He said there are only two races in the world, the decent and indecent. They will maintain their innate beliefs, no matter which side they are on. The decent ones will try to help the fellow human beings and the indecent ones will be selfish and serve themselves at the cost to the others.

Frankl’s views were different from those of the leading psychologist of his times, Freud and Adler. His research was intensely personal and unique. His findings of human behaviour were based on the most extenuating circumstances that humans face. He suffered holocaust along with several other inmates and he observed their behaviour closely. He found that those with a capability to focus on love were the ones that survived. He based this observation on a long walk he was forced into by his captors. His companion spoke about his wife. This made Frankl think about his wife and the thought of her took his mind away from his current agony of being hit with rifle butts by his captors for dawdling.

The book has been listed as one of the 10 most influential books. It has a message of hope that has continued to inspire readers down the years.

Victor Emile Frankl was a successful neurologist and psychologist dedicated to saving people from suicidal depression. He was born into a Jewish family because of which he was prosecuted by the Nazi regime after they took over Austria. He was banished to Nazi Theresienstadt Ghetto along with his family in 1942. He continued to practice as a Psychologist there and continued to treat people with depression. He was sent to Auschwitz in 1944 where he spent several months before they were liberated in 1945. He watched his family die in concentration camps.

He used his experiences as a holocaust survivor in his bestselling book Man’s search for meaning. He worked at the Vienna Polyclinic for Neurology. He lectured extensively and conducted seminars all over the world. He lectured at the University of Vienna and Harvard. He wrote 39 books which were translated in several languages. He died of heart failure in 1997.

Remarkable…It changed my life and became a part of all that I live and all that I teach.

A book to read, to cherish, to debate, and one that will ultimately keep the memories of the victims alive — John Boyne, author of The Boy in the Striped Pyjamas

I have loved this book for so many years, and I think every human being should read it. — Simon Sinek

Viktor Frankl…one of the moral heroes of the 20th century. His insights into human freedom, dignity and the search for meaning are deeply humanizing, and have the power to transform lives. His works are essential reading for those who seek to understand the human condition.