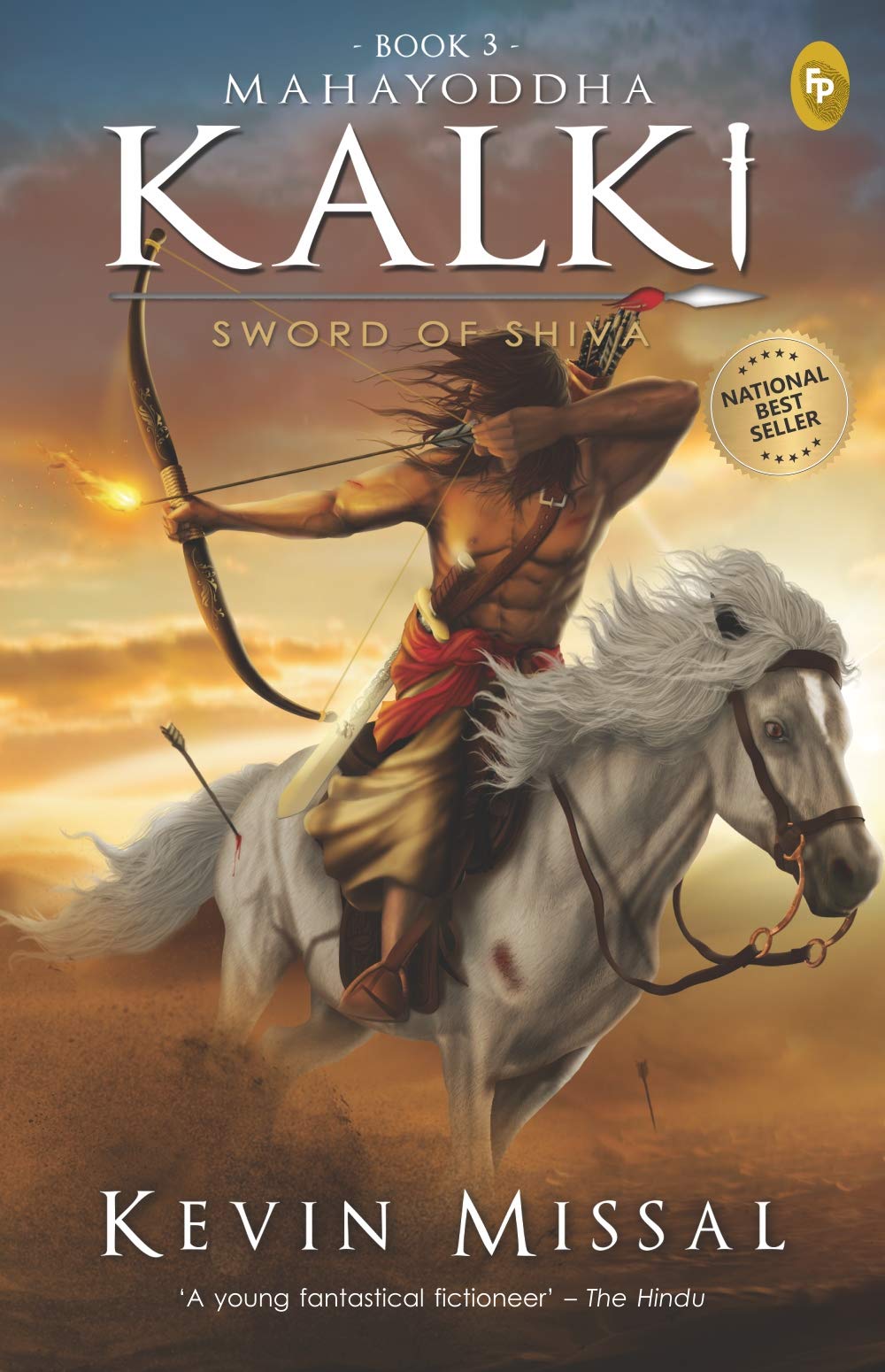 THIS IS THE BEGINNING OF THE END.

Kalki Hari arrives at Indragarh to find out that his brother has been taken prisoner, his beloved is about to be butchered, and the city is embroiled in a ghastly war with the Naga queen and Dakshini king.

Armed with a mighty sword forged by a god, he fights to take the city back from his nemesis, the evil Kali.

But the Avatar of Vishnu is at a crossroads. It is his destiny to fight the last battle with Adharm and obliterate evil from this world. However, he has stumbled upon a terrible truth over the course of his journey . . . a truth that may change everything.

Will Kalki be able to win against Adharm and fulfil his destiny? Or will the world lose its greatest hero and head towards destruction?

Find out in the explosive last book of the Kalki trilogy.

A young fantastical fictioneer’ – The Hindu