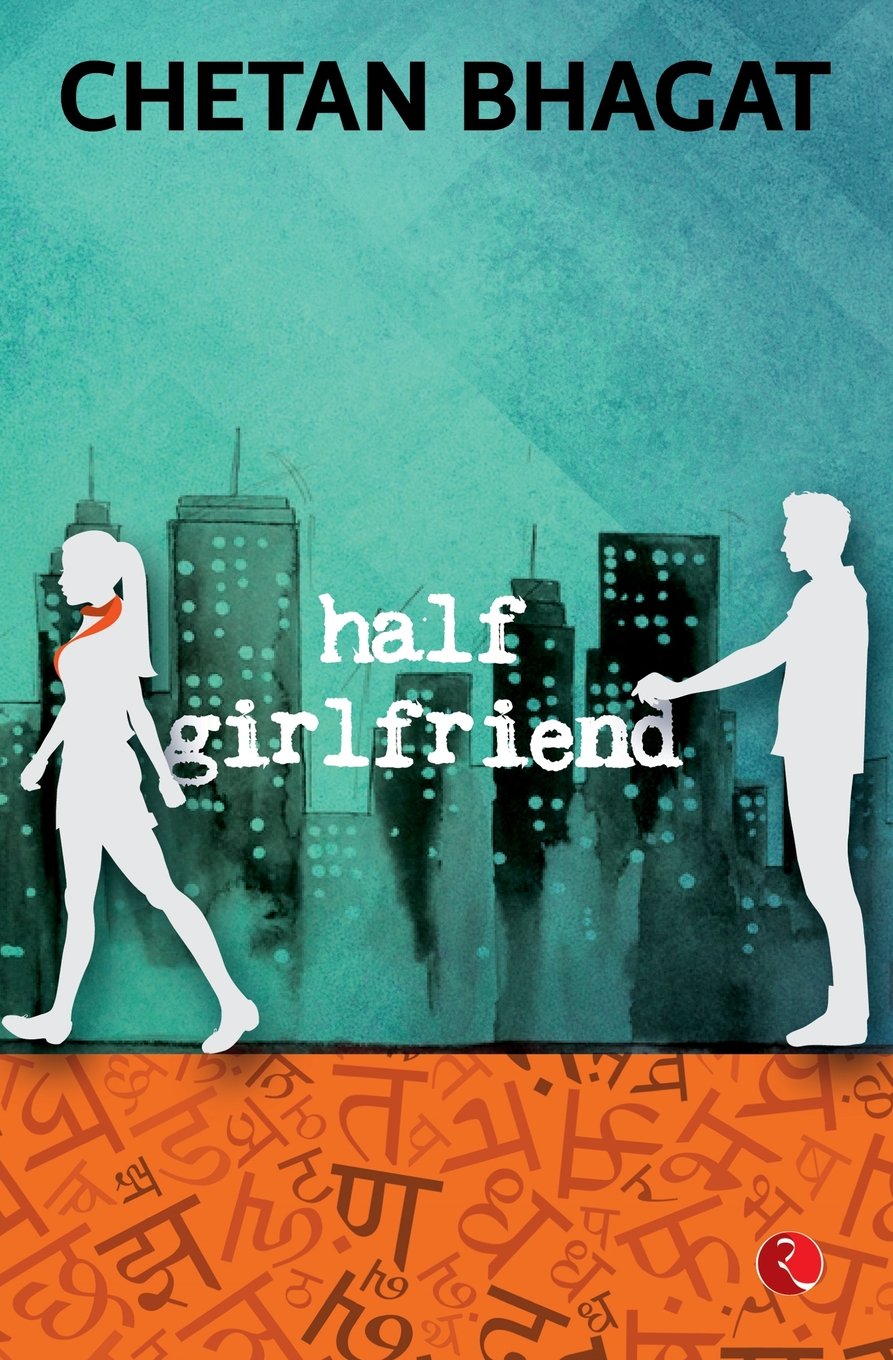 Half Girlfriend is a story of Bihari boy Madhav, a Hindi speaking Bihari who falls in love with Riya, an influential Delhi girl on the campus of prestigious St. Stephen’s College. Madhav belongs to middle class family, while Riya is from higher class and both have different lifestyles. Madhav proposes her, but Riya rejects the proposal because she thinks they are good as a friend only.

A romance novel for the young adults, Half Girlfriend is a story that has been set in different locations including Bihar, Delhi and New York; it revolves around a boy who comes from Bihar in India and his deep longing to dazzle out the girl he is in love with.

According to the author, the book is meant for the “non-English-types” and reveals the utter dissatisfaction and language problems a young man from Bihar, who speaks Bhojpuri and knows little about the ways of big cities, had to wade through as he got admitted at St. Stephen’s College in the national capital, a place that signified sophistication. He falls for a rich, smart and high-class girl from the city. Although the girl never fully accepts this relationship, she nevertheless gives a nod to be his “half girlfriend”.

Highlighting the new modern love story, as the name suggests it revolves around the unique idea of half girlfriend and how modern day relationship moves from good, bad to exciting things. Meanwhile, the novel will also bestow with some beautiful sight seen of Patna (Bihar) and New York.

So, will Madhav succeed to make Riya fall in love with him? Will Riya accept him or not? All these answers are available in this 280 page long book. This love story is beyond live in relationship and love at first sight type of love story and Chetan Bhagat’s creative writing has made it a unique love story.

The novel has also been published in Hindi and Gujarati versions as well. A Bollywood film adaptation is also planned and will be directed by Mohit Suri and produced by Ekta Kapoor and Bhagat.

Chetan Bhagat is an Indian author, columnist and screenwriter, who is popularly known for his English-language novels, mostly based on the lives of young urban middle class Indians. Bhagat’s novels have sold over seven million copies and in 2008, The New York Times quoted Bhagat as “the biggest selling English language novelist in India’s history.

Excellent book. Madhav and Riya make a good story and it takes new turns when they go on spaceship and explore new intergalactical planetary systems. Book deals nicely with the poverty, terrorism, depression during world war 2 and world political problems. Or may be not, I am just hallucinating. This is a simple book with simple story. Go read it, you will enjoy it –By Bhallukie on November 16, 2014

The story is simple yet lovable. I couldn’t resist reading the entire book in one sitting. I too fell in love with the character Riya while reading the book. This is my third favorite book from the author Chetan Bhagat. The other too being ‘five point someone’ and ‘three mistakes of my life’. –By Onion Knight on November 27, 2014