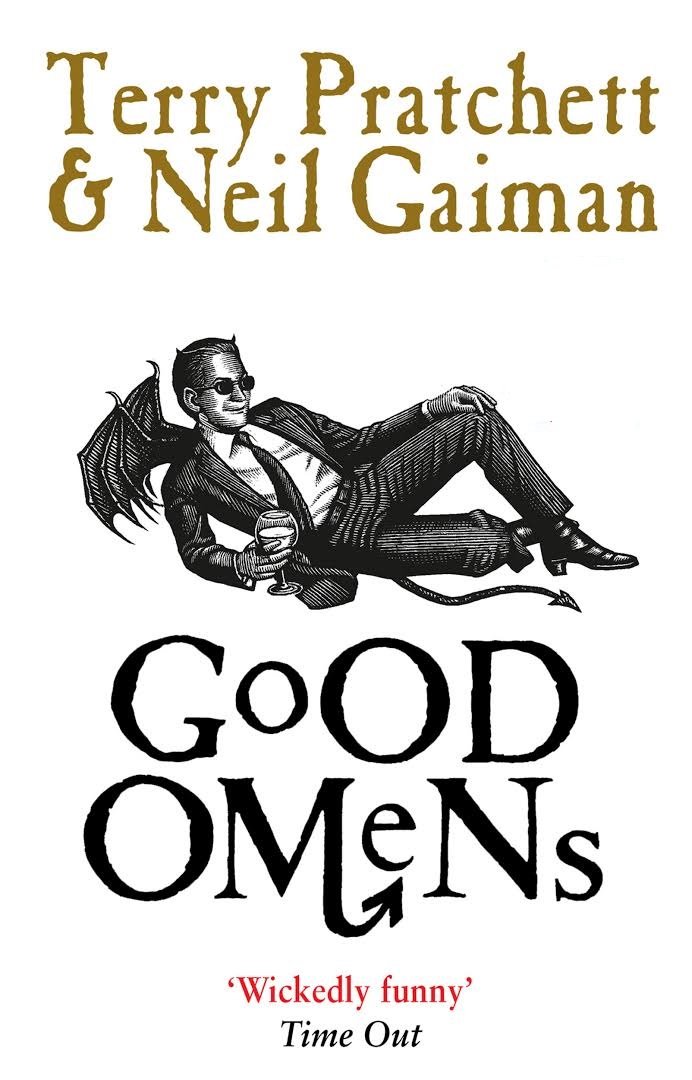 “Armageddon only happens once, you know. They don’t let you go around again until you get it right.”

According to the Nice and Accurate Prophecies of Agnes Nutter, Witch – the world’s only totally reliable guide to the future, written in 1655, before she exploded – the world will end on a Saturday. Next Saturday, in fact. Just after tea…

People have been predicting the end of the world almost from its very beginning, so it’s only natural to be sceptical when a new date is set for Judgement Day. This time though, the armies of Good and Evil really do appear to be massing. The four Bikers of the Apocalypse are hitting the road. But both the angels and demons – well, one fast-living demon and a somewhat fussy angel – would quite like the Rapture not to happen.
And someone seems to have misplaced the Antichrist…

A superbly funny book. Pratchett and Gaiman are the most hilariously sinister team since Jekyll and Hyde. If this is Armageddon, count me in — JAMES HERBERT

Heaven to read, and you’ll laugh like hell, Time Out