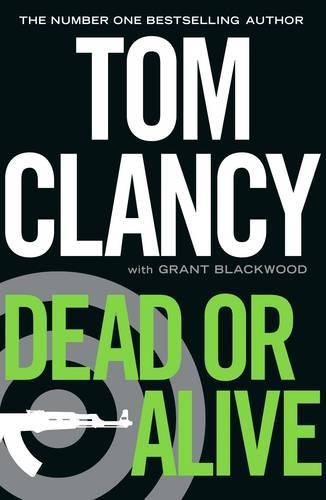 The world’s number-one terrorist is about to unleash a holy war.
Only one agency, one man, can stop him . . .

The Campus was secretly created by President Jack Ryan to covertly eliminate terrorists. Now it faces its greatest threat: a sadistic killer known as the Emir. Mastermind of countless horrific attacks, the Emir has eluded capture by every law enforcement agency in the world. And he is about to unleashed a monumental strike at the heart of America.

But on the Emir’s trail is intelligence expert Jack Ryan Jr. Following in his legendary father’s footsteps, he and his allies at the Campus are on a manhunt that will take them across the globe, into the shadowy arenas of political gamesmanship, in a race to prevent the fall of the West.

Tom Clancy (Author)
Thirty years ago Tom Clancy was a Maryland insurance broker with a passion for naval history. But he had always dreamed of writing a novel, and his first effort, The Hunt for Red October, catapulted on to the New York Times bestseller list. From that day forward, Clancy established himself as an undisputed master at blending exceptional realism and authenticity, intricate plotting, and razor-sharp suspense. He passed away in October 2013.

Grant Blackwood (Author)
Grant Blackwood is the author of the Briggs Tanner books and the co-author along with Clive Cussler of Lost Empire, Spartan Gold and The Kingdom. He has also co-written Dead or Alive with Tom Clancy, and now writes novels in the Tom Clancy series alongside Mark Greaney. Blackwood is a U.S. Navy veteran who lives in Colorado.