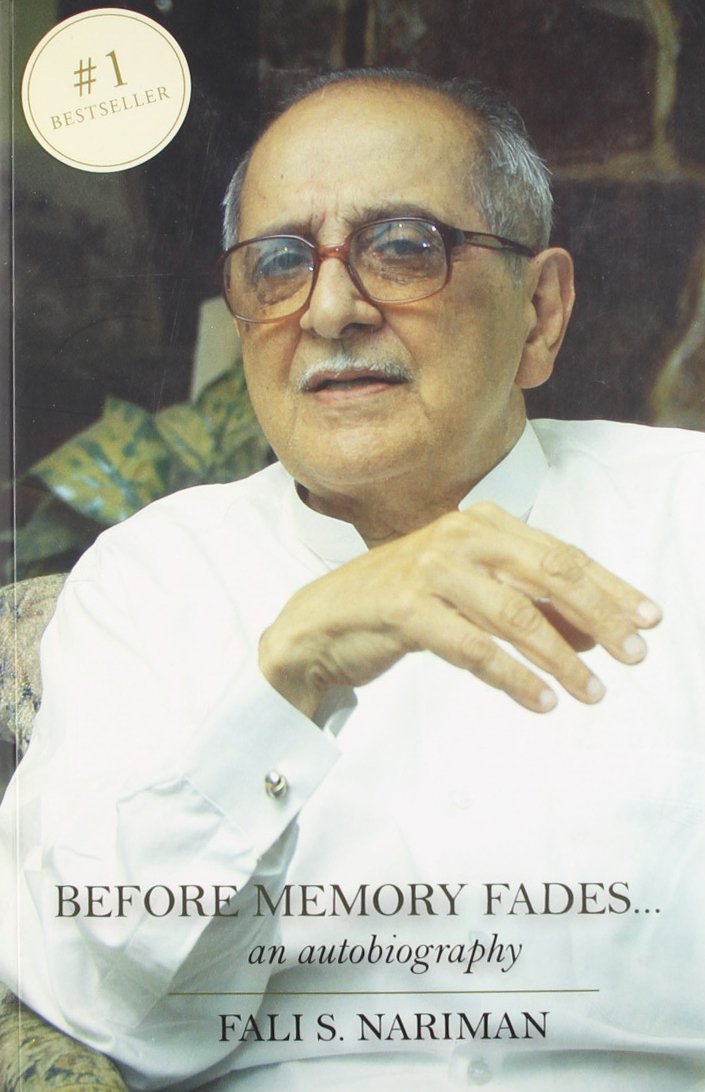 Fali S. Nariman is a well known name as he has been involved in many high profile cases. In Before Memory Fades: An Autobiography, he tells his own story, from his childhood to his days in the Bombay High Court and continues to present his experiences as he rose to higher positions.

The author also talks about his resignation from the post of Additional Solicitor General of India in protest against Indira Gandhi’s declaration of Emergency. He also goes into the controversy he attracted with his decision to defend the Union Carbide company in the Bhopal Gas Tragedy case.

Before Memory Fades: An Autobiography reflects his concern for the welfare of the judiciary, his firm conviction in the principles laid down by the constitution and his views on the troubled relationship between political power and the Judiciary.

This book was published by Hay House in 2012. It’s a paperback edition.

Key Features:
The author has been involved in many high profile cases and his observations about them are an interesting part of the book. He provides suggestions for restoring people’s fading faith in the legal system and the judiciary.